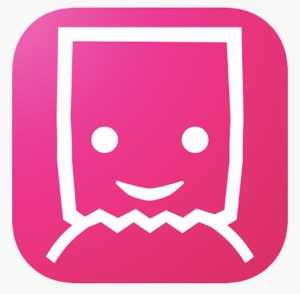 Tellonym is a cross-platform messaging network that's available for most iPhone and Android phones and is accessible through every internet enabled device.Tellonym lets children send messages through the platform, in some cases also without registration requirement. Tellonym uses existing WiFi connections or data plans to operate.

Why is it a risk?

Tellonym says that its users are able to receive anonymous messages through the platform which they call "Tells". Tellonym is a play on the phrase "Tell on him", itself a dubious start. Every "Tell" a user receives is first in his or her private inbox, which nobody but the receiver can see. Only if a user decides to answer a Tell, the original Tell and the answer become public and are visible to other users. By that, Tellonym says, everyone keeps full control over which messages are visible to others - but obviously not on the messages received, although having received a message, a user can block the sender.

A Tell itself can be sent with a name attached to it or without. Tellonym says that in every case, they store data that enables law enforcements to track down senders in case of misuse, which seems like an admission they know their app is likely to be dangerous.

Every profile on Tellonym is public by default (how dangerous is that?) and accessible through a custom url. The profile displays a variety of information, including a profile picture, a name, a custom status and answered Tells. Tellonym says that all information publicly visible on a profile is provided by the account owner and can be removed from the public eye.

Tellonym enables their users to search for other users based on a variety of attributes, including gender and rough location. This allows every user to find his or her friends and people that might be interesting for them. Tellonym says they never display the exact location of anybody.

Parents can access their children's account and impose code-protect limits. The parent is supposed to approve the child's download, but the approval process is so weak it may as well not be there, it's just a tick box. Tellonym says the minimum age is supposed to be 16, the app store says it's 12, so confusion abounds.

The app is free, they claim millions of users, but Tellonym must make money somehow as these things aren't cheap to run but they don't say how this is done. This lack of transparency is deeply concerning.

We believe Tellonym increases the risk of cyberbullying as users can post inappropriate and potentially distressing messages anonymously. Tellonym will probably suffer the same fate as another app notorious for cyberbullying, Sarahah, which was eventually removed by the Apple App Store because of the bullying that was taking place on it, but in the meantime we urge extreme caution about this app.
PrevPreviousScandal
NextYOLONext
Scroll to Top